Think of the village Obertraun in the state of Upper Austria, and the first visual that comes to mind is a picturesque view of the sky and the mountains, effortlessly converging with the beautiful snow covered valley. The magnificent mountain peaks, the carefully constructed roads and pistes and the lovely weather are sure to impress anyone!
Aside from the beauty of this region, the swarm of tourists who visit the Ski Arena make Obertraun a sight to behold during the winter months. Krippenstein – Obertraun Ski Resort is very popular with winter sports lovers – and for a good reason too! It is the highest elevated ski resort in Upper Austria; standing tall at 2109 metres, Krippenstein Mountain in the Dachstein Alpine range is perfect for a diverse list of adventurous activities.  Skiing, snowboarding, ice skating, paragliding, shoe hiking, and embarking on amazing guided ski tours are some activities that can be enjoyed with your friends and family.
There are two very exciting adventure snow parks built just for all your little ones!
The “Krippi Park” is a laid back and easy snow park in the valley, where kids can practice easy ski runs as beginners. It has a magic carpet conveyor, and a small ski hut lift.
The “Outdoor Leadership Adventure Park” in the mountains is where your kids can really learn the best skiing technique from the best instructors. There is also a White Rush and a timed course. They really get to let off some steam here!
Ski training is also provided to adult beginners in the ski school which has excellent trainers.
Free WiFi connection is provided near the ski lodges and huts, where you can rest and enjoy some pleasantries with fellow skiers and snowboarders.
Krippenstein – Obertraun was named one of the top five best ski resorts in Upper Austria. 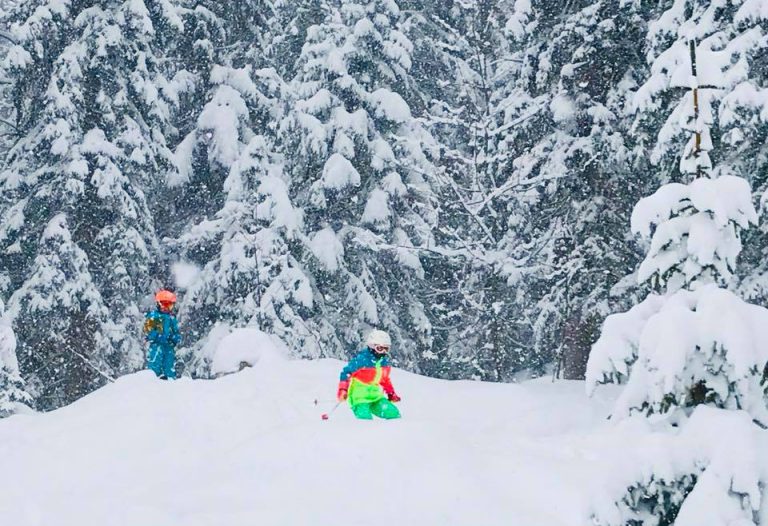 The Dachstein mountain range is home to the second highest elevated peak of the Northern Limestone Alps, and it is no doubt that most of its other peaks are also very tall. Krippenstein Mountain is at an elevation of 2109 metres, and the Krippenstein – Obertraun Ski Resort is situated between 609 metres and 2109 metres, having an almost 1500 metre vertical drop. The terrain is perfect for winter sports and is used to its greatest capacity. The panoramic scenery from such great heights will definitely render you speechless.
Snowfall at Krippenstein – Obertraun
The snow has a powder-like texture, which is ideal for skiing and snowboarding so that skiers can glide down the slopes and through the valleys without any hindrances. Snowfall is more than moderate, with the depth of snow on the mountains being 140 centimetres. At the base of the mountain, however, the depth of snow is around 50 centimetres. Studies have shown that snow coverage is best during March with snow depth at the summit elevation going up to 170 centimetres. Artificial snow making machines are available on fifty percent of the slopes and can be made use of in the summer months. 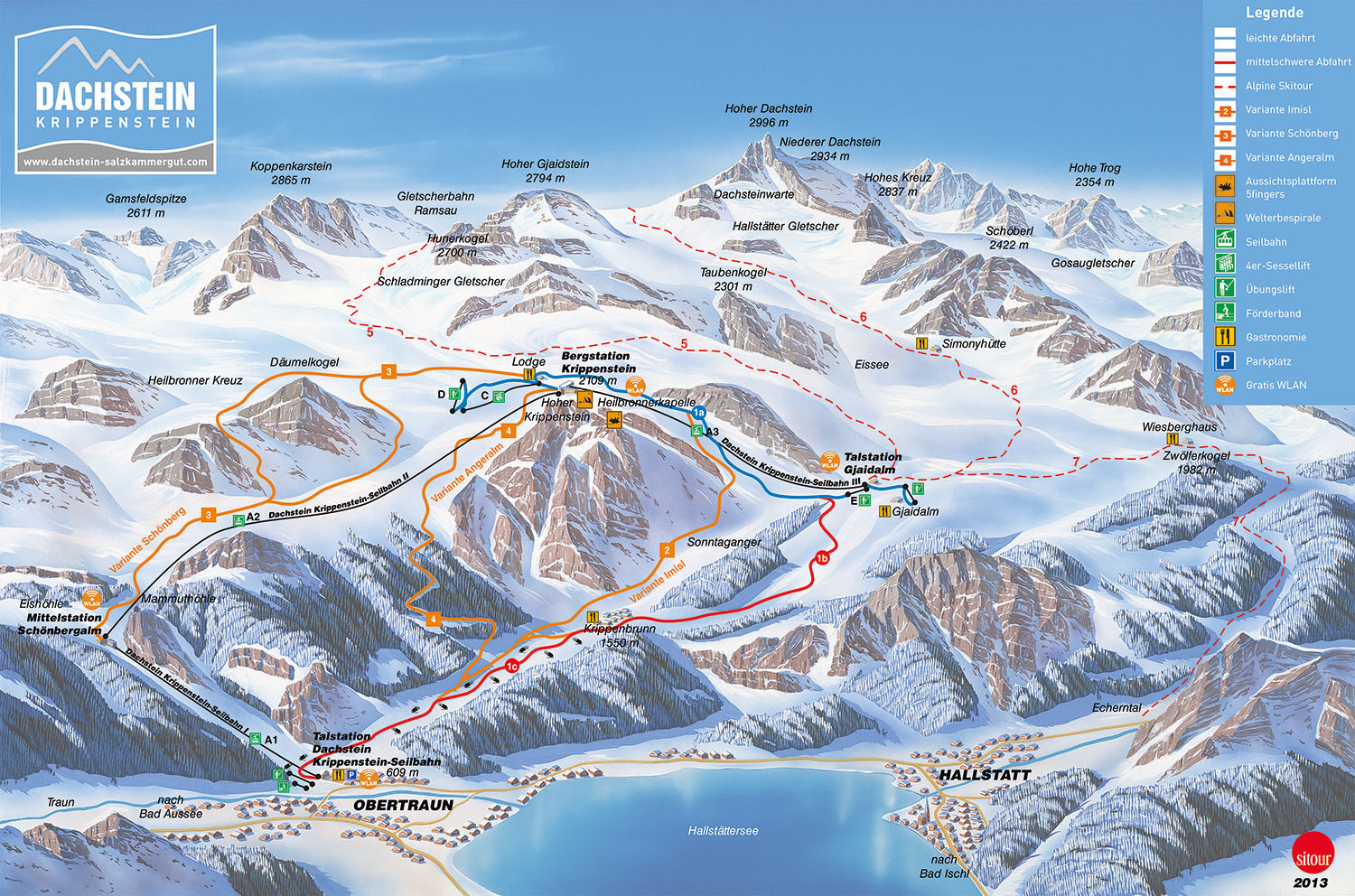 Weather at Krippenstein – Obertraun
It is of utmost importance for any tourist to keep track of the weather of the place he/she is visiting. On most days, snowfall occurs religiously in this region. Be sure to carry the right paraphernalia and clothes too. The temperature on the mountains is below zero degrees Celsius, and in the valley is under seven to eight degrees Celsius. Krippenstein- Obertraun features 42 sunny days on average per season. The average for all ski resorts in Austria is 40 sunny days. March is the sunniest month with an average of 15 sunny days. The probability of precipitation is around 60 to 80 percent and results in slight to moderate showers of rain.
Tariff at Krippenstein – Obertraun
The rates at the Freesports Arena as it is called, are not too expensive. Day passes during the peak season can be purchased, for one day up till 14 days at rates starting from 31 Euros till 305 Euros respectively. For children under the age of ten, the prices are cut down to half, beginning from 14 Euros and going up to 143 Euros. Off season tariffs are cheaper, ranging from 24 Euros to 243 Euros for adults. For children, however, the cost remains the same as that in the peak season.
To allow access to dogs it is essential to make them wear muzzles and put them on leashes. Otherwise they can get lost in the snow. The price of entry per dog is 5 Euros.
Some great discounts and offers can be availed for families and groups. Season tickets can be bought at 349 Euros for adults and 108 Euros for children. Using these season tickets, you can enjoy at the Freesports Arena for the entire season. A special season ticket called the “Dachstein West season ticket” for children and youth, is valid in seven other ski resorts! Complete value for money, isn’t it? 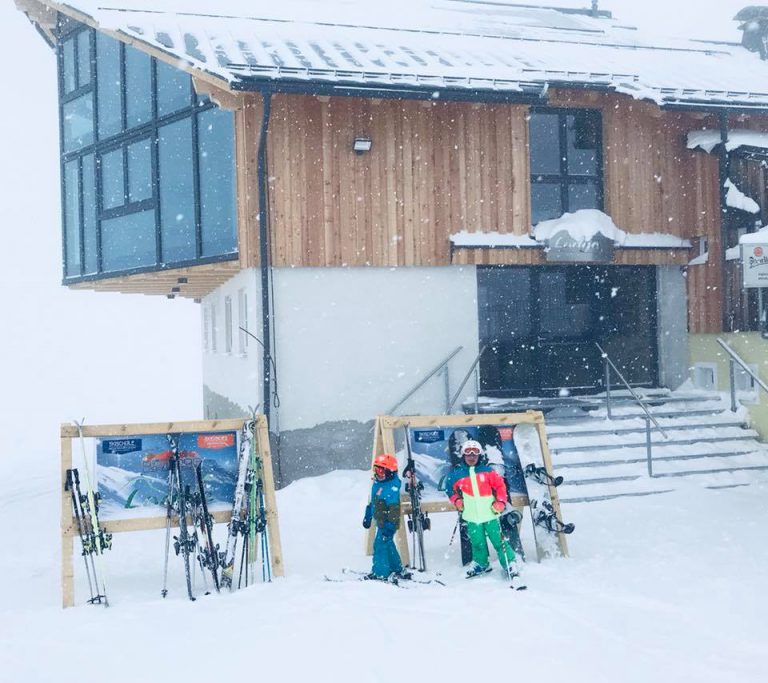 Ski Slopes at Krippenstein – Obertraun
These well-constructed ski slopes are in excellent condition and are maintained by the Resort personnel in a manner that yields top-notch results. This is Upper Austria’s longest ski run, having 11 kilometres of ski slopes and 30 kilometres of off piste variants. It is famous for being the hotspot for free riders and has even won accolades for its off-piste ski area. Not just from Austria, now fans from all over the world rush to Krippenstein – Obertraun in the winter.
The 11 kilometre ski run has different difficulty levels but is suitable for all kinds of skiers: from beginners to advanced. Five kilometres are easy (can be used for warming up), and the rest of the six kilometres are of intermediate difficulty.
The free rides on the additional 30 kilometre slopes are also offered to amateur skiers. They can go along with an expert and experienced guide and can enjoy the fun and thrill of free riding. Another incredible feature in Krippenstein Obertraun is the classic cross-country ski run available at Gjad Alm that runs for 20 kilometres.
Modern snowmaking systems are available, and the Freesports Arena workers leave no stone unturned to make sure all the pistes are prepared every day for all you lovers of snow adventure.
Lift System at Krippenstein – Obertraun
Given that the quality of every other facility at the Krippenstein – Obertraun is superb, it is but obvious that the lift system will also follow similar patterns. Not to mention, the lift provider is Doppelmayr, which further guarantees the safety and security of you and your loved ones while ascending to the top of one of the highest peaks in Upper Austria.
There are seven lifts in total, spanning up to 6.7 kilometres in length. This includes three reversible ropeways (which can seat 95 people), one fixed grip chairlift for four people, and three T-Bar lifts. All in all, the lift system can transport 5350 passengers up to the ski slopes per hour.
Operating Times at Krippenstein – Obertraun
Freesports Arena Dachstein Krippenstein is open in the winter season from late December all the way until early April. Lift facilities are open from 9 AM to 4 PM. Summer operation times start in May and end in October.
The opening times are provided by the ski resort and may vary depending on external conditions, the day of the week, school holidays and also public holidays.
Krippenstein – Obertraun is truly one of the best ski resorts in Austria. Right from skiing and snowboarding to a wide array of other activities, Krippenstein – Obertraun offers its visitors a truly memorable experience. With so many things to do at the Krippenstein – Obertraun skiing resort, you cannot afford to sit back at home. So what are you waiting for? Go ahead, get your gear ready and head out straight for this awesome skiing destination this winter. Have fun!
OTHER WINTER ACTIVITES: